Khyentse Foundation recently launched the Kumarajiva Project, a momentous effort to translate canonical Buddhist texts from Tibetan into Chinese. Buddhism is often described as a “religion of translation.” Indeed the Buddha himself encouraged his followers to widely translate the Buddha dharma into other languages, which helped fuel the transmission of the religion throughout Asia. Chinese Buddhism would not have developed were it not for the 800 years of translation from the mid second through ninth centuries. Translation is also crucial to Buddhism in that, the vitality of the tradition is periodically reinvigorated by the influx of additional scriptures. In this spirit, the Kumarajiva Project will train and employ a new generation of Buddhist translators in order to make freely available dozens of canonical scriptures from India that were not translated into Chinese during earlier eras.

The fruits of this undertaking will enrich Buddhist study and practice amongst the hundreds of millions of followers of the Dharma who read literary Chinese, a broad community that spans from Singapore and Malaysia in the south to Korea and Japan in the north and beyond. The Tibetan tradition is renowned for the accuracy of its translation from Sanskrit and the Kumarajiva Project will likewise endeavor to meet the highest standards of scholarship and readability in this sacred effort. The Kumarajiva Project is named after the most renowned and influential translator in the history of Central Asian and East Asian Buddhism. Kumarajiva (344-413) embodies the qualities that the Kumarajiva Project will engender in its own team of translators: inspiration, erudition, cosmopolitanism, and the energy to work tirelessly for the benefit of sentient beings through making Buddha’s wisdom available to all. 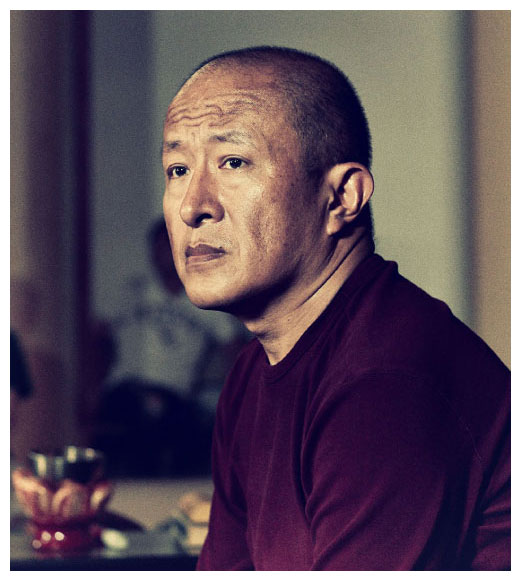 About the Kumarajiva Plan

For more than 2,500 years, the teachings of the Buddha have been admired, studied, recited, and practiced all over Asia. This would not have been possible without the immense effort of the translators who ensured that the Buddha’s words could be accessed across borders. The Chinese were among the first to discover and translate the Buddhist texts from India (in the 2nd century CE), and as more and more texts arrived in China, over the centuries they made a continuous effort to compile and complete its canon.

Because of these Chinese translations of Buddhist scriptures, the dharma has been propagated and preserved in China for many hundreds of years. China has one of the largest and most revered Buddhist canons extant today. Furthermore, China is home to approximately half of the 500 million Buddhists in the world. The practice of Buddhism in China has been and continues to be crucial to the survival of Buddhism.

The Chinese Buddhist canon is comparable in size to the Tibetan Buddhist canon, but each canon lacks certain texts that exist in the other. Both the Tibetan and Chinese Buddhist canons contain core sutras (the words of the Buddha) and numerous shastras (the commentaries to the sutras written by Indian scholars). However, some of the sutras and many of the shastras in the Tibetan canon are not found in the Chinese. The mission of the Kumarajiva Project is to enrich the Chinese collection of Buddhist texts by translating existing canons of every tradition. The initial 60-year goal is to translate the texts from the Tibetan canon that don’t exist in the Chinese; the long-term goal is to translate the other Buddhist canonical texts, including the Pali and surviving texts of the Sanskrit canons.

The majority of the translations from Sanskrit into Chinese occurred in the early centuries of the Common Era, before the commentaries of Indian scholars such as Nāgārjuna, Vasubandhu, and Chandrakirti were available for translation. The translation of Buddhist texts from Sanskrit into Tibetan, however, didn’t take place until the 7th through 10th centuries, which allowed the inclusion of the later commentarial texts in the Tibetan Buddhist canon. In fact, nearly 65% of the Mahayana commentaries contained in the Tibetan canon are not found in the Chinese. These shastras are considered by Buddhist practitioners and scholars to be extremely important for understanding the teachings of the Buddha.

Scope of the Project

Over time, the project will additionally focus on the translation of the outstanding Sanskrit and Pali texts that are not yet in Chinese.

Through the Kumarajiva pilot project, KF became aware of the shortage and difficulty in finding Tibetan/Chinese translators. To translate all of the earmarked Tibetan Buddhist texts into Chinese in the next 60 years, there is an anticipated need for at least 15 highly qualified translation teams of two or more people and a number of additional editors to review and finalize the translations. As of early 2020, we have assembled 8 teams of 11 people. In the effort to emulate past translation efforts, the teams consist of source (Tibetan) and target language (Chinese) scholars as well as experts in Buddhist philosophy.

Khyentse Foundation has been devoted to translation for many years, and has already established a relationship with Dharma Drum Institute of Liberal Arts (since 2014) and Fa-Guang Institute of Buddhist Studies (since 2015) to train and cultivate translators. With the shared desire to see Tibetan Buddhist texts more accessible, both institutes now offer classes in translating the Tibetan Buddhist canon into other languages. We are now seeing the fruit of these courses; several junior translators have joined the translation teams of the Kumarajiva Project. Khyentse Foundation also offers opportunities for Tibetan scholars to study the Chinese Buddhist canon and learn the Chinese language, creating a larger pool of qualified candidates for Tibetan/Chinese translation advisory positions.

The human and material resources required for this translation project are great. Raising funds for such a project will not be easy. In the words of Dzongsar Khyentse Rinpoche, “This translation business is not sexy stuff. Building temples and Buddha statues is immediately visible and encouraging, and to a certain extent doable; but anything related to translation is very daunting. Nevertheless, this is very much overdue. Language is forever evolving.”

Our translation teams strive to follow the devotion and perseverance of past masters like Kumārajīva and Xuanzang to complete the translation work. As the old Chinese sayings go, “Dripping water can penetrate stone,” and “Combined wishes can build a great castle.” Khyentse Foundation is confident that with the help and encouragement of our supporters, we can achieve the noble goals of the Kumarajiva Project.

The Kumarajiva Project is named after the Indian Buddhist scholar and monk Kumārajīva (344-413 CE), who is credited with the prolific translation of Sanskrit Buddhist texts into Chinese, such as the highly praised and practiced Lotus Sutra, the Sutra of the Garland of Flowers, and the Diamond Sutra. “Arguably the most accomplished foreign monk China had witnessed, he created a cultural and religious legacy that few in premodern times could rival.”[1]We hope to follow in the footsteps of Kumārajīva and other great translators by making a large, previously untranslated body of texts available to Chinese readers, scholars, and practitioners.